10 gymnasts on the road to Tokyo

After an internal test on march 5th, the preselection for the Belgian team was limited to 10 gymnasts on their road to Tokyo. 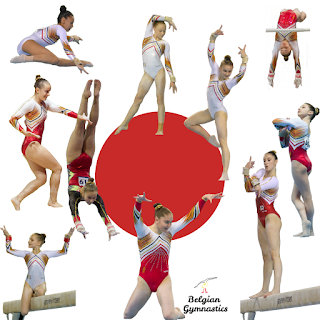 The following 10 gymnasts are still in the running for one of the 4 spots on the Olympic team:

The olympic road stops there for Margaux Dandois, Jade Vansteenkiste and Julie Vandamme. They'll continue to train alongside their teammates but will have a separate schedule for the remaining of the season. Jade will have to undergo surgery in April.

The European Championships that will be held behind closed doors in Basel, Switzerland, are the next international appointment for the gymnasts of Team Belgium. The selection will be known soon.