The countdown has started for our men's and women's national teams, a little less than a year before the start of the 2016 Rio Olympic Games.

The first obstacle to stand in the way of our gymnasts is of course the 2015 World Championships to be held in Glasgow from October 23rd to November 1st. To pursue the dream of an Olympic qualification, team Belgium will have to be among the top-16.

The 46th World Championship will host 615 gymnasts, from 91 countries. These Championships will be the biggest in the history of the International Gymnastics Federation.

With their superb results at the 2014 World Championships, our two national teams have qualified for this year's Worlds, the girls ending in 11th place, while the boys ranked 19th, the best results ever for Team Belgium.

This year, the top-8 nations after the qualifying sessions in Glasgow will be automatically qualified for the Olympic Games, while nations ranked from 9th to 16th places will participate in the Test Event, competition where the top-4 countries qualify for the Games.

In Glasgow the draws determining the starting orders of each nation in qualifications took place on August 5th. The women's team will be in the 8th subdivision (out of 12) with Korea and two mixed groups, and will start on floor exercise on October 24th. The men's team will compete in the third subdivision ( out of 8) with Japan and China and will start on still rings on October 25th. 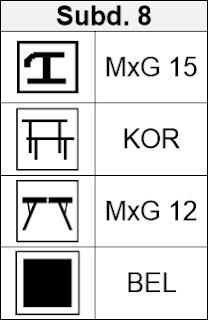 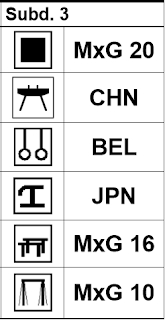 These World Championships will also be an opportunity to distribute the first individual tickets for the Games. Gymnasts who will win medals in the apparatus finals will automatically qualify for the Games, provided that their teams did not already qualify (places 1-8). The teams ranked between the 17th and 24th places (not qualifying for the Games or Test Event) will send two gymnasts to the Test Event, while the federations that have failed to send a full team to Glasgow but have a gymnast participating in the all-around competition will earn the right to send a gymnast to the Test Event (based on the final ranking).

History could be written in Glasgow, as Kohei Uchimura (Japan) will attempt to win his 6th consecutive title (he is unbeaten since 2009) and Simone Biles (USA) will target a third consecutive title. Teams from China (MAG) and the United States (WAG) will try to keep their team's title.

These World Championships are the first step for our gymnasts on the road to Rio. Barring a catastrophe, the girls should qualify for the Test Event. On the boys side, however, it is the first time they qualify for Worlds in a pre-Olympics year, and the task will be more complicated. Last year, they ranked 19th, within 3 points of the 16th place. They are therefore able to go and grab this qualifying spot for the Test Event.

All behind our Delhaize TOP-Teams!
Publié par Florence Lestienne à 16:45